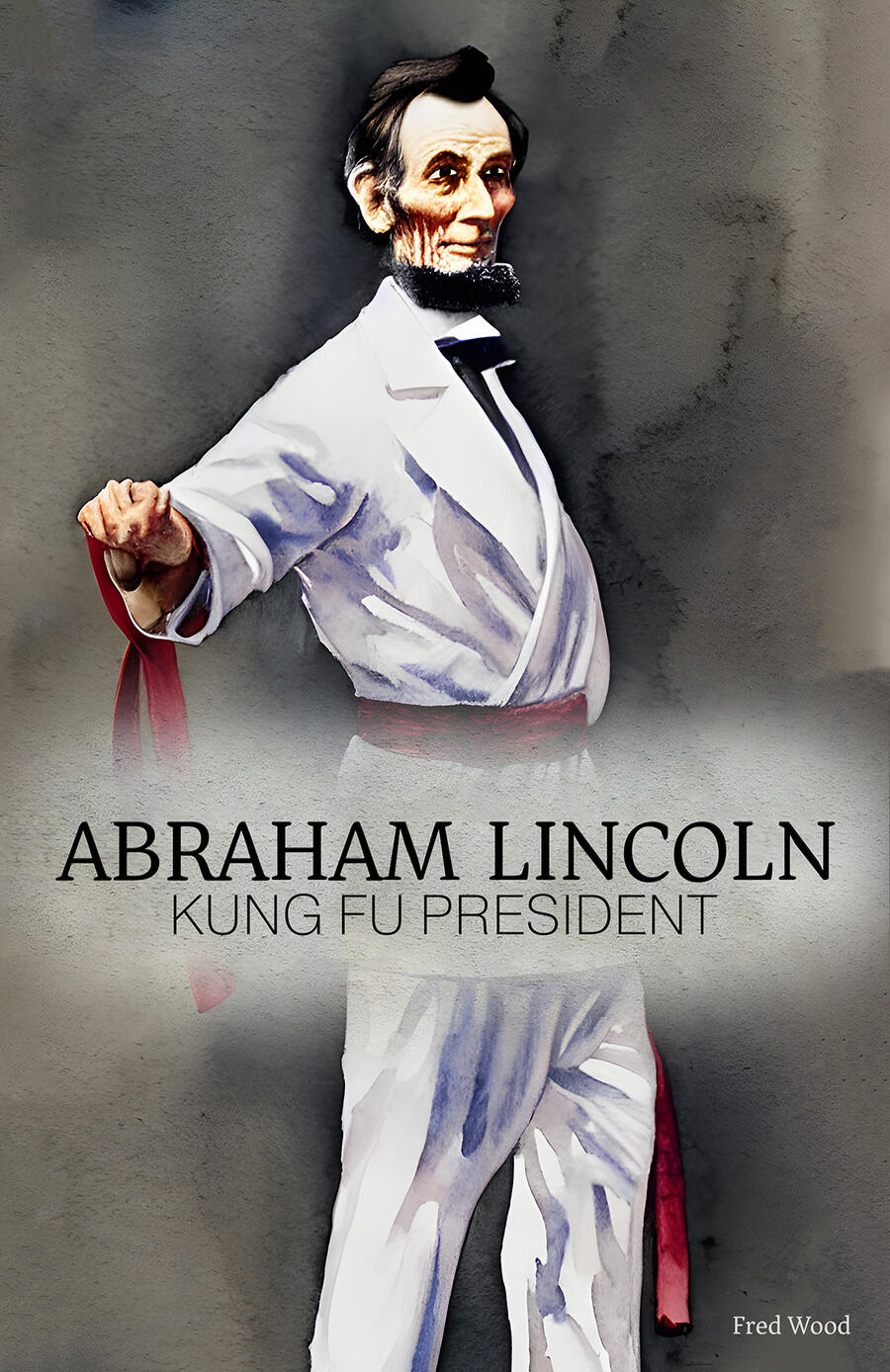 From Fred Wood and ChatGPT comes a tale of heroism, survival, and patriotism.Abraham Lincoln: Kung Fu President is a short story that investigates a potential history where instead of succumbing to the assassination in Ford Theater by John Wilkes Booth, the 16th President of the United States was a Kung Fu Master who survived the attack and thwarted Booth's Co-Conspirators.The short novel was written via a series of conversations with OpenAI's ChatGPT that were edited and rewritten by Fred Wood. It is an incredibly silly and dumb book.

The writing of this book started as an experiment to generate a prompt from ChatGPT, asking what would happen if Abraham Lincoln knew Kung Fu. ChatGPT refused to imagine a scenario where Lincoln would win, saying repeatedly"It is highly unlikely that Abraham Lincoln could have defeated John Wilkes Booth in a physical altercation, even if he had been trained in Kung Fu. While Lincoln was a tall and physically imposing man, he was not known for his physical prowess or fighting ability. Booth, on the other hand, was an accomplished actor and athlete who was known for his agility and strength."So instead I started to feed it scenarios where a man named Abe and an actor named John got into a physical altercation. From there I began to edit and rewrite the scenes to add Presidential flair.The cover illustration for the book is also created using an illustration from Stable Diffusion v2 with some heavy editing from me in Adobe Photoshop.

It's a goof. I'm not looking to make any money from it, so everything's priced the lowest that Amazon would allow for manufacturing and distribution. I read a lot of very funny chat logs from folks on Twitter and thought it'd be fun to try and make a longer form piece with it.

All AI Generated materials are derived from the hard work of writers, artists, and creators that have come before, and most models do not seek an artist's permission before being sampled. AI Art that is generated and passed off as original art is, in my opinion, wholly unethical.I think that using AI generators as a tool for assisting in the creative process is worthwhile, though. Much like the content aware fill tool in Adobe Photoshop, artists have sampled and used derivative works in the past to create cool and fantastic things. The important thing in these situations is full disclosure of the use of these tools in every case possible. That's my opinion on it, at least.

My name is Fred Wood, a game developer from San Antonio, TX. I'm not a writer, and self publishing this story on Amazon sure does not qualify me as a professional author. I do make all sorts of things all the time though, and you can find them across a variety of places at my website, FredTWood.com.